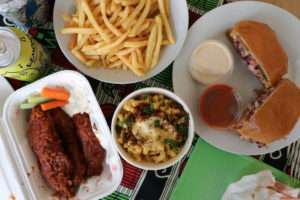 Not sure how many of you know, but I used to live in London from 2014 to 2016 and I moved back to Canada shortly after that. When I lived in London, I definitely noticed the vegan movement and scene growing quickly but it wasn’t until I left that I realized how fast it was growing! 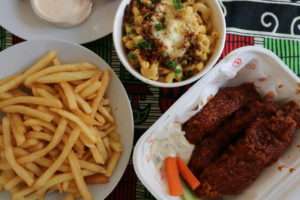 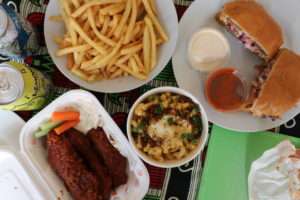 Temple of Seitan is one of those places that just happened to open up RIGHT AFTER I moved out of London (I’m still not over it, okay?). It is an ALL VEGAN FRIED CHICKEN SHOP. Yes, you read that correctly. They specialize in different fried “chicken” meals and snacks such as fried chicken burgers, strips, buffalo strips and even popcorn chicken. They use seitan in order to make the “chicken” and let me tell you, it makes my vegan fat girl dreams come true.

A part of me is very sad that the place didn’t open up until after I left because I would’ve definitely been a regular customer (my friend Daniel goes there pretty often, especially when he needs a junk food fix!). But another part of me is glad that I am not living too close by to this place, because I’m not sure if I’d be able to control myself… 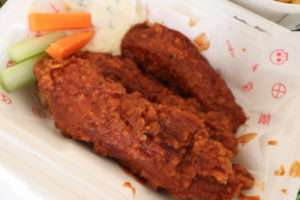 This is why every time I go back to London, I have to make a trip to Temple of Hackney. They’re incredibly popular (for a good reason) and they’ve also opened up a new joint in Camden, which I haven’t had a chance to visit yet. 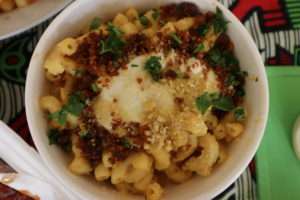 The Mac n’ Cheese is probably my favourite thing on the menu – it’s definitely up there as one of the best vegan Mac n’ Cheese dishes I’ve ever had. It’s not really something I can describe, but something you must experience for yourself.

You can watch the video above to see us devouring all this food and discussing multiple topics! 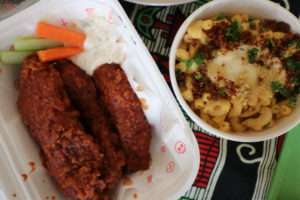