Watch the video above to see what MISTAKES I believe are causing people to QUIT veganism!

It’s no secret that veganism has it’s fair share of “failures”. Lots of people making some big announcement that they are going vegan only to be followed by another announcement in a few months saying they quit veganism. I’ve seen it happen way too many times for me to sit back and just NOT say anything.

There are, of course, so many different reasons people might fail on a vegan diet but I’ve definitely seen some very common mistakes people make when trying to go vegan. Some of these mistakes are due to vegans themselves, that may not give the best advice given the situation, in my personal opinion.

Watch the video above to see what I believe are the top mistakes people make when going vegan!

…and try not to make these mistakes! 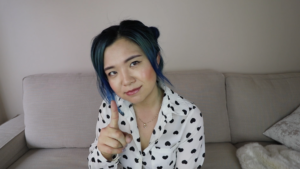