How NOT to argue with a vegan! (Common arguments against veganism) 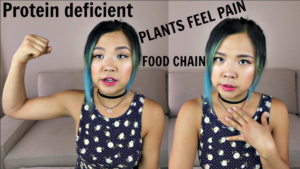 Believe it or not, when I first started my YouTube channel, my goal wasn’t to make it a recipe or food channel at all. A lot of people might think that that was initially my plan, but I wanted to make an encompassing YouTube channel where I can talk about veganism, share recipes and ideas, etc. It just so happened that people liked my food videos a lot and that’s just kind of how my channel evolved.

So once in a while, I still do like to throw out some discussion videos where I talk about different topics regarding veganism so here’s one for you guys!

In this video, I asked you guys on Instagram to give me some of the most common arguments you hear against veganism. I got a ton of responses, most of which I’ve heard a million times before. So I decided to film a video with my response to these “arguments”.

2 thoughts on “How NOT to argue with a vegan! (Common arguments against veganism)”