Watch my London vlog above to see what I got up to with my friends and my reaction to a Vegan Cheese Steak Sandwich!!!

In February, I went to London for a week after my trip to Scotland. So naturally, I wanted to eat all the vegan food available! Unfortunately, it was not enough time but fortunately, vegan options have significantly increased. I’ve mentioned this a thousand times before but the vegan scene has exploded in London. It’s so amazing to see so many options popping up everywhere and the demand for vegan food growing.

In this vlog, I spent a lovely weekend day in London going around with some of my closest friends. We explored East London by starting off with going to the Columbia Road Flower Market. This is a place I’ve been meaning to go to when I was living in London, but I never ended up going. Once I got there though, I regretted not going there sooner cause it was so cute! But like most places in London, the bad part of it was that it was overcrowded.

After the flower market and many hours of chatting, we got hungry so we headed to the Boiler House on Brick Lane. The Boiler House is a building located on Brick Lane (in Shoreditch) where there are tons of food vendors on the weekend. The vegan options there were amazing! Everywhere I turned, there was something vegan for me to try. 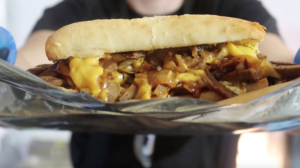 In the Boiler House, I came across a sign that said “VEGAN STEAKS” and I was instantly intrigued (as you can see by my video lol). The sign was from Jake’s Vegan Steaks. They had these really delicious looking vegan cheese steak sandwiches and chips… how could I say no?? 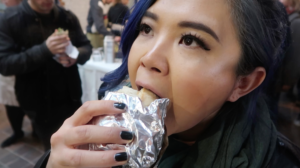 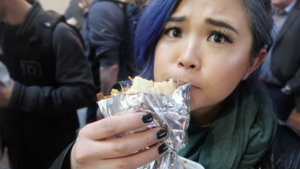 It was seriously one of the best sandwiches I’ve had in a long time! Everything went so well together and it was super amazing. The truffle was such a great addition to the sandwich and it was big enough to fill me up – which is quite an achievement! 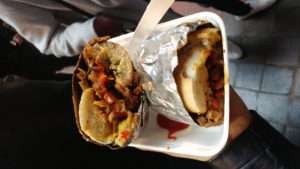 My friend Daniel got the steak fries in the LARGE size, obviously, because we cannot stop eating ever! It was delicious as well. Although, I think I made the better choice 😉 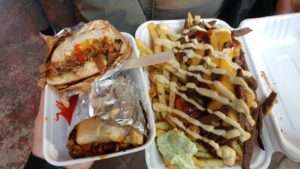 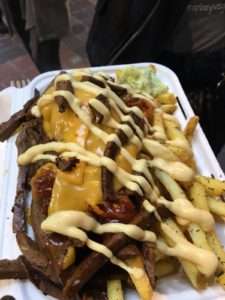 Anyway, I hope y’all enjoy the video of me having an awesome day in my second home with some of my favourite people. To me, this was a wonderful day – full of delicious food, good company, an exciting city, and finishing off with some wine. 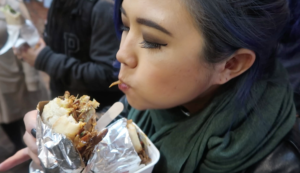