Have you heard of Vegfest? It’s basically what I (and many other people) refer to as “vegan heaven”. It’s an ALL VEGAN festival, where you won’t ever have to worry about asking “is this vegan?!”. I’m not positive how global this festival is, but I’ve had the pleasure of experiencing three Vegfests so far since moving to the UK. I went to the one in London in 2014 and in 2015, and most recently, I visited Brighton and attended both days there. 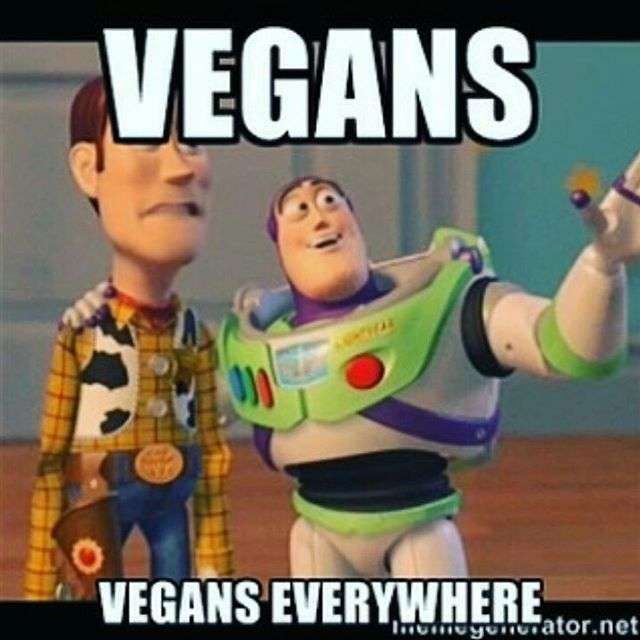 I’m actually a bit glad that Vegfest only happens once a year in each city, because every time I go, I end up eating my weight in vegan junk food. Vegfest Brighton was NO exception. By the end of day 2, I had so much food that I think I started getting plant sweats…. #veganproblems

Needless to say, I was NOT cheap at Vegfest…. well, other than attempting to try every sample there was…

The goal of day 1 was to mainly try lots of samples and then on day 2, we were going to buy a bunch of stuff. One of the slightly disappointing things was that compared to Vegfest in London, there weren’t as many samples as we would’ve liked! We did end up eating a lot though…

Take a look at this gorgeous hot dog from Vegusto: 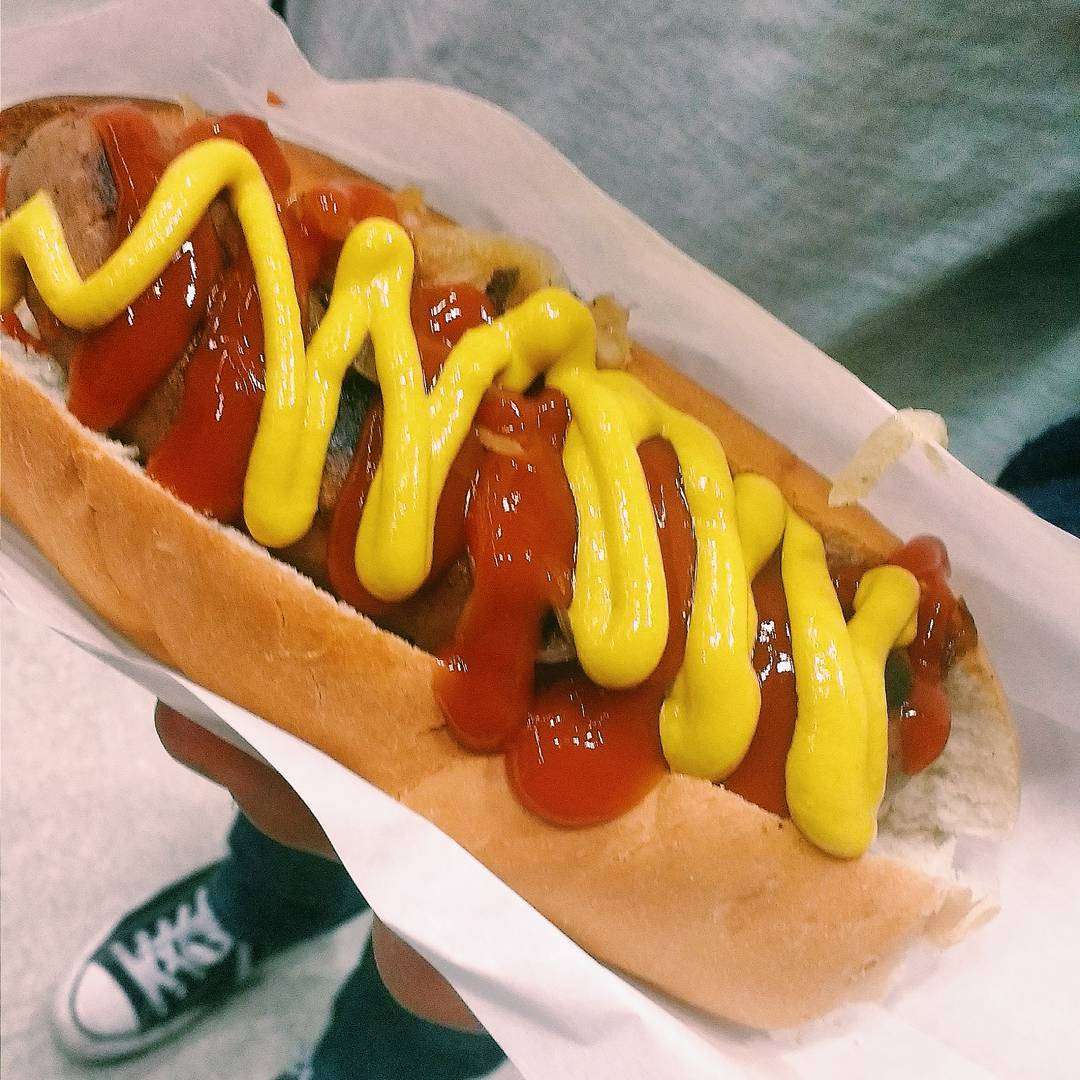 This was my friend Dan’s hot dog, but I also got one the next day cause it was so good 🙂 My mouth is watering just looking at that photo…

For lunch on day 1, I decided to get some vegan Caribbean food – a jerk soya wrap… it was so yummy: 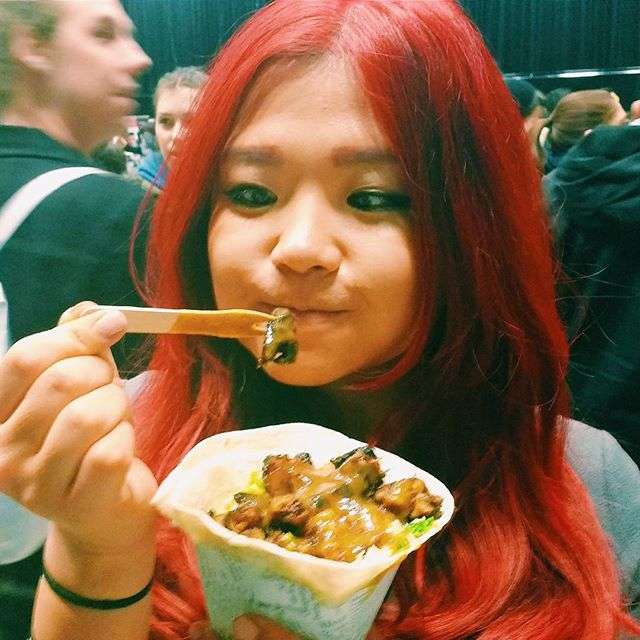 Oh and I also met Plantbased Judy, who’s a fellow YouTuber and Instagram star! We’ve been meaning to meet for ages and we just seem to be really bad at doing so. We finally met though! And we wandered around eating samples together. It was great! 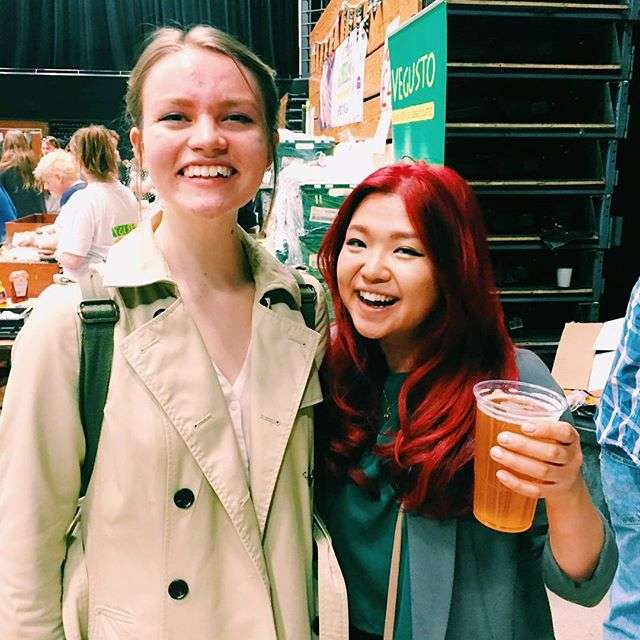 By the end of the day, a bunch of vendors had discounted their items (hooray for me!) so I got one of these sushi sets (the picture below is from day 2. On day 1, I got a smaller sushi set but my phone died so I couldn’t take a photo!). 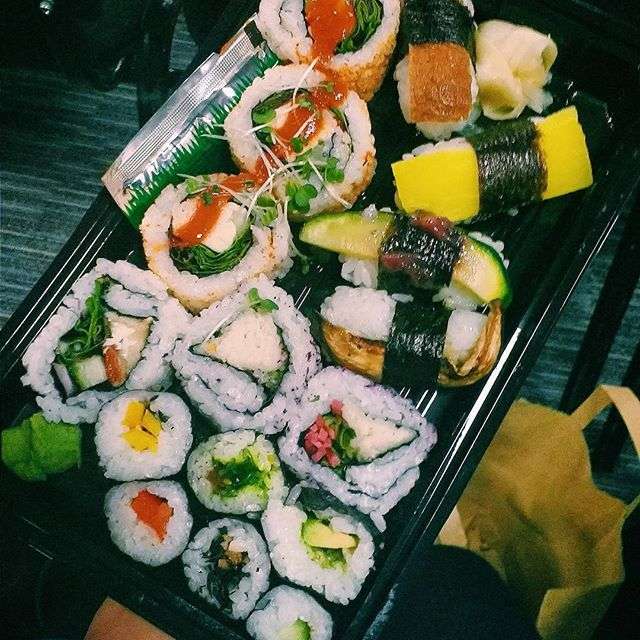 This is the one thing I really miss as a vegan….creative and diverse sushi!!! Sushi is most definitely one of my favourite foods and one of the reasons I had a hard time giving up fish for a long time. This was definitely a refreshing change from the usual avocado/cucumber rolls that vegans get… don’t get me wrong, I love avocado rolls (cucumber rolls are a bit too basic though…) – but it’s nice to have some variety once in a while!

On day 1, I also ate a pull “pork” wrap (I believe it was made out of jackfruit!!!), drank some beer and probably ate a bunch of other things of which I choose to forget.

Day 2 was even better (or worse….lol). We pretty much ate the whole place and Vegfest no longer exists thanks to us (just kidding).

Here are some of the glorious vegan creations we had:

If you had weighed me before the festival and then again after the festival, I assure you I probably would’ve gained 5 pounds…haha! But they were five happy pounds, so I can’t complain! Just look at me giving this burger some lovin: 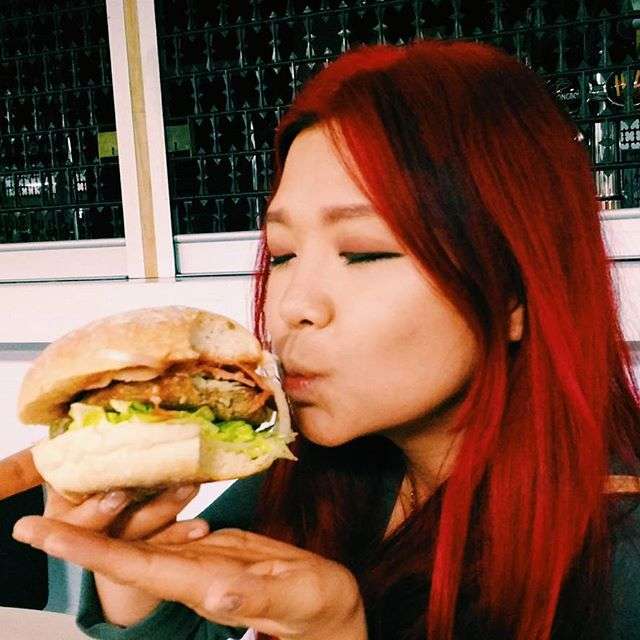 Okay, enough is enough, I am dying here and hungry. I should not be writing this before having dinner!!!

What looks most appetizing to you??